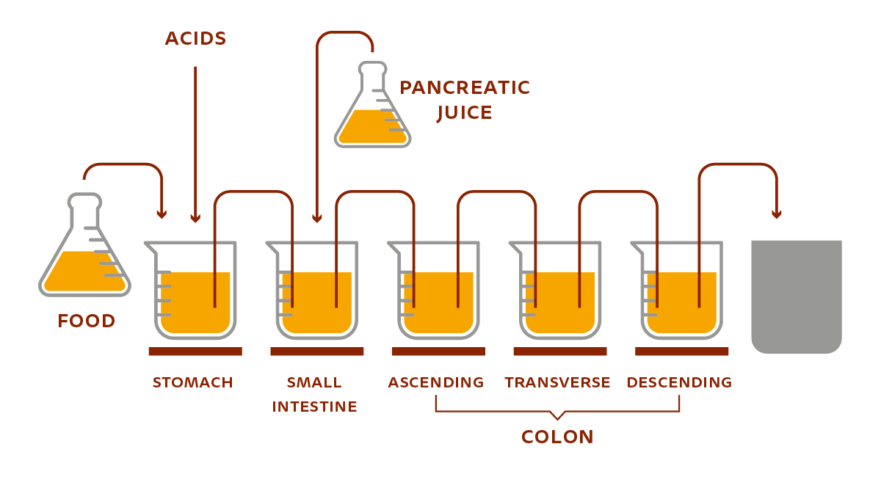 In 2018, MegaSporeBiotic™ and MegaPre™ were used in a gut model study using SHIME® (Simulator of the Human Intestinal Microbial Ecosystem) technology.

The SHIME® is a unique, scientifically validated, dynamic model of the complete gastrointestinal tract from the stomach to the colon used to study chemical, enzymatic, and microbial variables of the digestive tract in a controlled in vitro setting. This model includes five reactors that simulate the stomach, small intestine, and the three regions of the large intestine: the ascending, transverse, and descending colon. Careful control of the environmental variables in each reactor allows companies to study the effects of a compound or finished product in each segment of the digestive tract, as well as the gut microbiome, over several weeks.

The majority of gut bacteria can be found floating around in the intestinal lumen, but a small fraction of microbes can also adhere to the mucosal barrier that covers the intestinal lining. In order to evaluate this fraction of bacteria, ProDigest offers a Mucus-SHIME® or M-SHIME® model with an added mucosal compartment to simulate the intestinal mucus layer.

In the synbiotic study, published in the International Journal of Pharmaceutics: X, fecal samples were collected from three healthy adult subjects, and three separate SHIME® experiments were conducted in parallel with the same study design. This particular study included a two-week initiation period in order to establish a stable microbial community, followed by a two-week control period and a four-week treatment period during which the synbiotic test product was administered once daily. At the end of the eight weeks, researchers concluded that the combination of MegaSporeBiotic™ and MegaPre™ significantly increased microbial diversity in the transverse and descending colon, with specific increases in the abundance of Bifidobacterium spp., Lactobacillus spp., Faecalibacterium prausnitzii, and Akkermansia muciniphila, which are all representative of a healthy gut microbiome. Additionally, this prebiotic/probiotic combination provided significant increases in the production of all short-chain fatty acids (SCFAs) within the gut, including acetate, propionate, and butyrate. 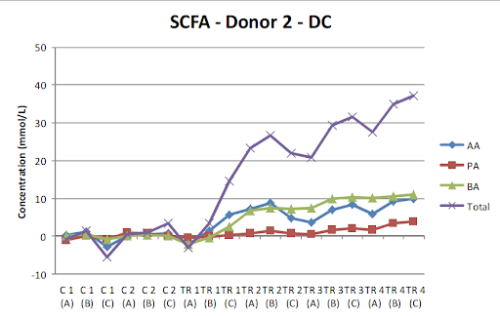 To learn more about MegaSporeBiotic™  and MegaPre™, visit the website at www.microbiomelabs.com.

Let's get you registered: